by admin
in News

What Is the Difference Between Conquering vs. Defeated? 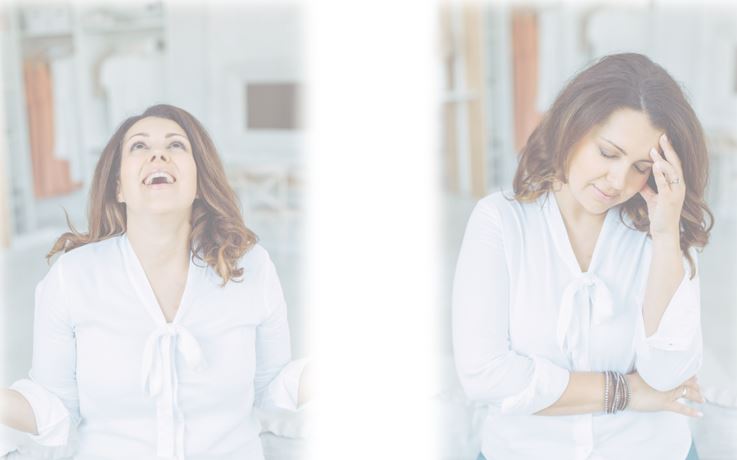 My power tool was inspired by my work in decluttering coaching. We live in times when our homes have become so much more than a place to recharge our batteries. For over two years, our homes have been offices, gyms, schools, and restaurants. Our already packed apartments now have to serve multiple new purposes, when many of us were struggling to meet our needs in the first place. Furthermore, overconsumption has affected our lives tremendously, meaning that an average American home has over 300.000 items. This led to a boom in the professional organizing industry and people are realizing they need help to manage all their belongings. Most often clients reach out to me when they feel so overwhelmed that they see no way out of the mess in their homes. In other words, they feel defeated. It is my firm belief, that in order to successfully declutter, one must explore their identity and values, as well as address their underlying beliefs and disempowering perspectives. Once the perspective is flipped, they realize that they indeed are able to conquer the clutter and can start taking action. This power tool can be applied to other coaching conversations as well, certainly not just decluttering coaching.

Verb – to cause someone or something to fail:

“I’m afraid anything that involves language learning has always defeated me (= I have been unable to do it)”.

Noun – frustration by nullification or by prevention of success

The bill suffered defeat in the Senate.

There’s a term “defeatist attitude”, a negative mindset in which certain people believe they will fail before they even start. They talk themselves out of achieving things by telling themselves they’re incapable of success, even if they don’t have any evidence to support that. A defeatist attitude can be crippling, and if left unchecked, can block a person from achieving their most important goals. In my opinion, this perspective is fuelled by fear, a fixed mindset, and a set of limiting beliefs.

I chose this negative perspective for my power tool because the clients who I have coached on decluttering often come with this perspective when it comes to organizing their homes. The mountain feels too high and unattainable, so they feel helpless.

On the other side of defeat, we can find conquering.

CONQUER– verb – to deal with or successfully fight against a problem or an unreasonable fear:

“He has finally conquered his fear of spiders”.

A person with a conqueror mindset is not paralyzed by fear. They have clarity on who they are, and what they want, and are committed to taking action in order to achieve their goals.

I chose this positive perspective because this word itself has so much power. Just saying it out loud can make a person feel more powerful. When seeing the world from a conquering perspective, the obstacles seem smaller, impossible now seems possible and carefully planned action steps can propel the client into success.

The below case study is based on my own coaching experience. Some elements have been changed to protect the privacy of the client.

Michelle and her family are moving house. They have been renting and have finally purchased their first property. The house was still under construction and the excitement of moving into a brand-new house is immense, but as the date is fast approaching Michelle realized how much she has to do in the current apartment, and very easily that excitement is overshadowed by overwhelm. They have been accumulating belongings during their fifteen-year-long relationship and both she and her husband have brought items from their childhood and university years. The clutter has spiraled further out of control since the twins arrived.

Michelle would like to get rid of everything that is not going to serve her and her family in their new home. Her goal is for the new environment to work for them and not against them. However, Michelle struggles with letting go and every past attempt at decluttering had failed.

Before applying the FLIPIT framework to Michelle’s situation, the exploration phase focused on Michelle’s identity and her values. Gaining clarity on these eventually helped her visualize her new environment and identify what was important.

FLIPIT Application of Conquering vs. Defeated

Below is a description of how this power tool can be used with a client, in this case with Michelle and her decluttering challenge. However, this power tool has been tested in other coaching conversations and can be applied to other issues as well.

The first step in the framework was described above in the case study introduction. The client struggled to move forward with decluttering her home before the move and without doing that, the new home experience was already being diminished.

The feelings that came up for the client were: overwhelmed, suffocating, out of control, and trapped.

Values that came up in the process were: family, simplicity, and adventure.

Her perspective was “defeated” and it was completely disempowering because she was giving up before she even began. Her brand-new home was already feeling overwhelming and it had not even been built at that point. She could not imagine where she could even begin and all she saw was the deadline looming. Michelle was completely crippled by her perspective.

A very important aspect that came up during the discovery was that Michelle was not living in line with one of her core values – simplicity. She was looking for a much simpler life and the clutter was getting in the way. When that value came up for her and she visualized what that simplicity meant for her, it started to shine a light on new possibilities.

When Michelle flipped her perspective and visualized herself “conquering”, she could start seeing herself climbing that mountain, step by step. She no longer saw it as unattainable, but she recognized the need to break it down into smaller steps. Michelle the conqueror’s energy was shifted and her face was beaming. She felt the power flow through her body.

Another important part of the process was tapping into gratitude as a tool to empower this new perspective. When Michelle was able to truly feel grateful for everything she had, she could begin to see how items she no longer needed could help someone in need and be able to identify a women’s shelter that was happy to accept her donations. Michelle felt like she was making a difference in someone’s life, while slowly starting to transform her own.

When coming from a conquering perspective, infused with gratitude Michelle was able to create three simple steps to get started on decluttering her home before the move.

Through the discovery of identity, values, limiting beliefs, and perspectives Michelle were able to turn her situation from negative into positive and get traction.

The negative perspective of “defeated” is something that can happen in many situations in a person’s life, from losing a job to ending a relationship and many more and this is why this power tool can be applied in those situations, too. When a person comes to any situation with a “conquering” mindset, then fear is no longer paralyzing, and new ways of overcoming that challenge start to appear.

It is my biggest honor to empower my clients to become conquerors of their own dreams, no matter how big or small. Positive perspectives are the key to turning around any negative situation and that is why the FLIPIT framework works so well in coaching and in life.

The Essentials of Coaching Skills Development

Loss and Mourning in Career Coaching

Giving Advice in a Coaching Session

Making Progress in a Coaching Business

How Much Do Coaches Make?

Finding Home Within Yourself

Gain Clarity On Your Offerings As A Coach

Perspectives on the Unconscious in Transformational Coaching

Rollercoaster vs. Taking Ownership of Your Relationship Needs

Hot Mindset Coaching Niches You Can Tap into Now

No Result
View All Result